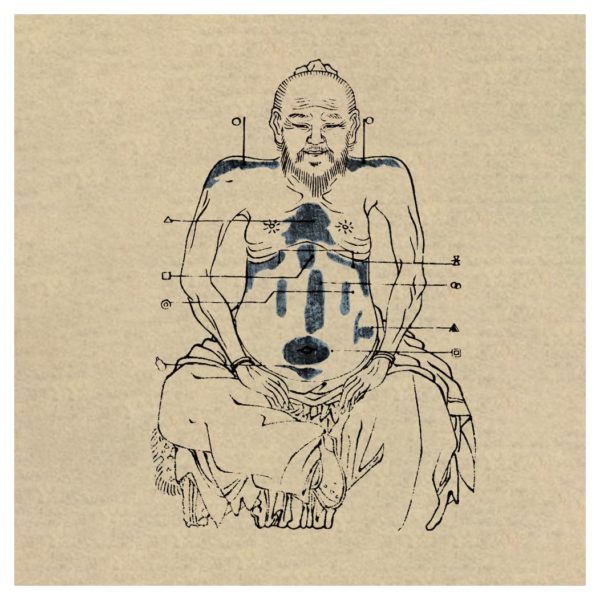 Kampo (Sino-Japanese Herbal Medicine) is an extremely effective method of herbal medicine prescription that was developed and refined in Japan over centuries, based on the classical teachings of Chinese medicine herbalism of the Han dynasty (206 BC–220 AD) that emanated into Japan from the 6th century onwards.
This lecture goes into the background and history of Fukushin (Hara Diagnosis) in Kampo, and Kampo as a whole, and also elaborates on a variety of key practitioners in Japan who contributed in the shaping of Kampo over the course of its development over centuries into the modern era.
“If we want to understand where we are, we’ve got to know where we come from.”
After the lecture, there is an interesting Q & A section on a variety of topics on Kampo, including Nigel’s personal history and education in Kampo, and details on the Kampo training program that Nigel Dawes will be delivering in Brisbane, Australia in 2020/2021 (which he offers internationally in a number of countries). This section is great for those wishing to study or find out more about Kampo training, or those who wish to study Kampo at some stage in the not too distant future.
To register for:
Kampo Clinical Training Seminar Series
An 8 Module Postgraduate Training Program in Traditional Japanese Herbal Medicine
Please go to:
https://www.qiology.com.au/product/kampo-clinical-training-seminar-series-an-8-module-postgraduate-training-program-in-traditional-japanese-herbal-medicine 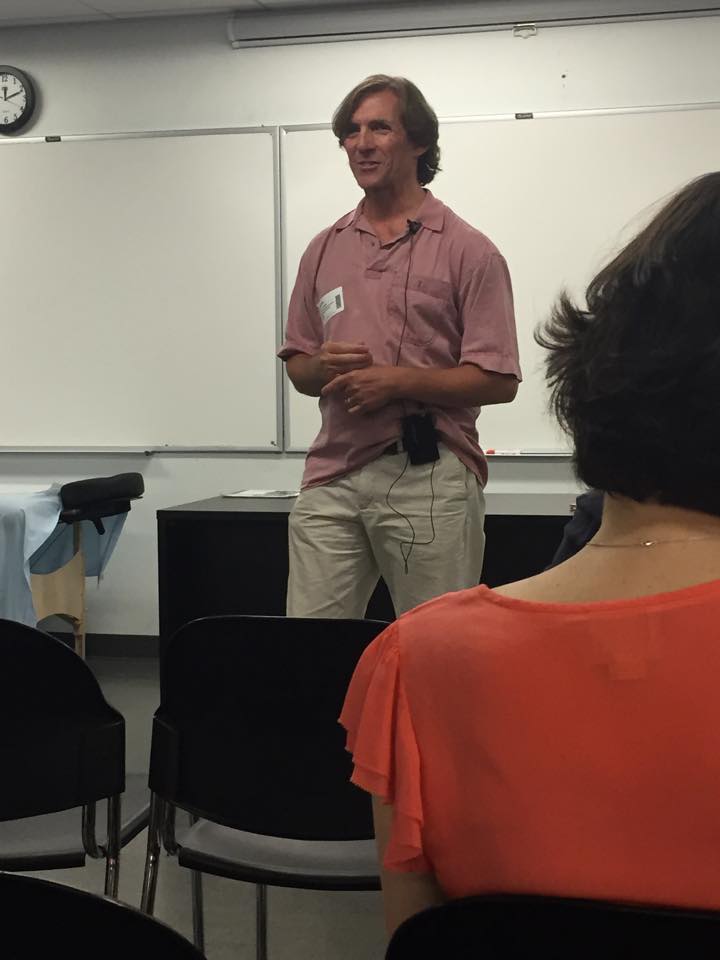 Nigel Dawes has been practising and teaching East Asian Medicine for 35 years. He lived and studied in Japan for 5 years followed by hospital internships in China. Prior to moving to the United States he founded and directed the London College of Shiatsu, and began lecturing at various Oriental Medicine (OM) schools in England, France, Israel and the U.S. Since 1994 New York City has been his home, where he has continued his involvement in undergraduate and graduate OM education and administration, political work in the field, clinical practice, and publishing.

These days Nigel divides his time between clinical practice, teaching, publication & research. He is currently considered one of the leading experts in the practice and teaching of Kampo, lecturing widely throughout the US and abroad and recently published a translation of a modern Japanese Kampo classic. In New York, he is on the faculty of both Tristate College of Acupuncture and Pacific College of Oriental Medicine where he teaches both Kampo and Japanese Acupuncture courses and supervises in a clinic.

Nigel lived both in Tokyo and in Kamakura between 1982 and 1987. During this period he attended Acupuncture School where he also began his Kampo studies. In parallel to this formal education, he also pursued an apprenticeship-style training with his main Zen Shiatsu teacher, Suzuki Takeo, originally at the IOKAI centre and later privately. During the latter part of his time in Japan, Nigel studied and assisted at a busy downtown acupuncture clinic in Tokyo as well as maintaining a Zen Practice at San Un Zendo in Kamakura.

In 1987, Nigel attended the three-month Advanced Acupuncture Course at the International Acupuncture Training Center on the campus of the Academy of Traditional Chinese Medicine in Beijing, China. He stayed on at Guang An Men hospital to continue his studies for a further 3 months with Prof. Li Shan Gao before returning to the UK.

Nigel founded and directed the London College of Shiatsu in 1987 and until 1992 acted as the principal faculty offering a three-year accredited Zen Shiatsu training. During that time, in addition to teaching, Nigel was very active in the Shiatsu community, serving in various roles on the executive committee of the Shiatsu Society of Great Britain, helping develop standards for education and assessment and contributing frequently to Shiatsu publications including 2 books: Massage Cures; Publ. Thorsons, 1990, ISBN: 0-7225-2180-4 and The Shiatsu Workbook, A Beginner’s Guide; Publ. Piatkus Books, 1991, ISBN: 0-7499-1073-9 (later published in the US as Shiatsu For Beginners, A Step by Step Guide; Prima Books, 1995, ISBN: 0761501320).

In 1993, Nigel moved to the US. He settled in New York where for 8 years he was Dean Of the Oriental Medicine Department at the New York College for Wholistic Medicine. In addition to his administrative responsibilities he also taught and maintained a faculty and private practice. Since 2001 he has focused his energies on his private practice in New York City as well as part-time faculty positions at both Tristate College of Acupuncture and Pacific College of Oriental Medicine. He has served on various committees of the Council for Colleges of Acupuncture and Oriental Medicine and as a site visitor for the Accreditation Commission for Acupuncture and Oriental Medicine. He has also continued to publish in peer-reviewed journals nationally and internationally including a translation of a seminal modern Japanese text on Kampo: “Kampo: A Clinical Guide to Theory and Practice; Churchill Livingstone, 2010, ISBN: 0443100934″

In 2010 Nigel formed the NYC Kampo Institute, dedicated to the dissemination of Japanese practices in East Asian Medicine and he currently offers various courses and training through his institute both nationally and internationally.  The Kampo Institute offers seminars and programs in Traditional Japanese Medicine at the postgraduate level, in particular, his Kampo Internship program, a 300-hour apprenticeship-style post-graduate training in Sino-Japanese herbal Medicine. This program is offered nationally throughout the US and a 200-hour program is offered internationally in countries including Portugal, Israel and now, Australia!

Above all else, Nigel is well known by his students for his passionate teaching style. His love for his work and teaching radiates out and touches every person, client and student he interacts with.

As is required by National Law, we disclose that Nigel Dawes is not a registered health professional within Australia. 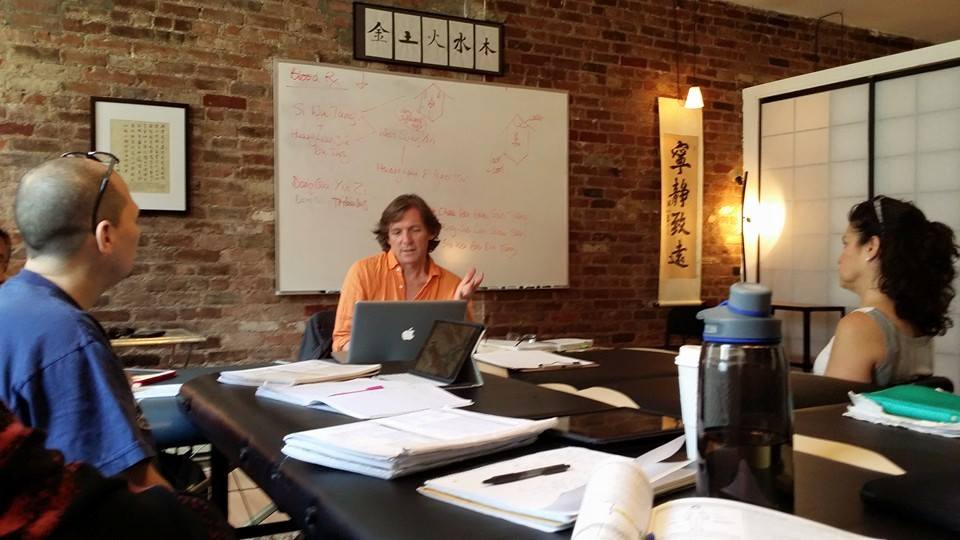 Whilst we are pre-approved CPD provider for NZASA, we cannot guarantee that ALL of our content will align with the NZASA CPD Categories. It is advisable that you seek guidance from NZASA, if you are unsure.